Saturday was back-to-back races. The morning run down in Washington, GA is where I had my PR of 34:34. During the first half mile I wanted to stop but once I reached the first mile, I was feeling good. So good in fact that I kept a steady pace until mile 2. Mile 2 marker, I stopped for a quick power booster. The course was flat so I ran the rest of the final mile in to the finish. I’m pretty sure I told myself 10 different times to keep going, don’t stop now. I’m not sure where I placed because the results did not have ages nor did they do age group awards. Awards were given to only the top runners. Little sis was the top runner in her group. 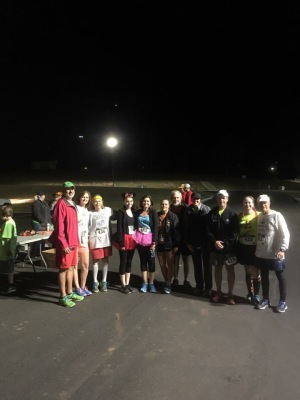 Saturday night was a lot of fun even though the course was long. We got to dress up in cute tutu’s and won awesome medals. Since it was a night run and we had to run back in the woods, little sis wanted to pace me. We started off doing and feeling great, until we reached the woods. We never stopped but we had to slow down because we couldn’t see a thing. We had glow sticks but it was still pitch dark. I happened to bring my phone, so I switched on the light so we could pick our speed back up. I think the woods made us run faster, because lets face it, who likes running in the woods when it’s dark?! Basically, get out as fast as you can! We only walked the two hills that was in the race. That was pretty awesome considering it was our second race. On the second lap, my watch was showing 2.8 miles as we made the turn around the ball fields. When we came out of the ball fields for the second time, a course monitor heard me say that the course was long and I had already reached 3.16 according to my watch. She yelled and told us to go on in to the finish because I guess she could tell by the way I was talking that I was frustrated. Sis and I ran on in and finished in 35:42. 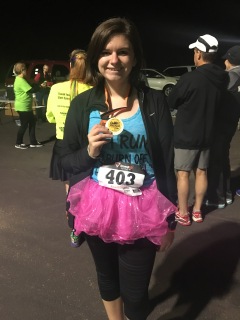 This week, we will only do two training runs with speed training mixed in to prepare for the weekend races.

View all posts by kaybay107

This site uses Akismet to reduce spam. Learn how your comment data is processed. 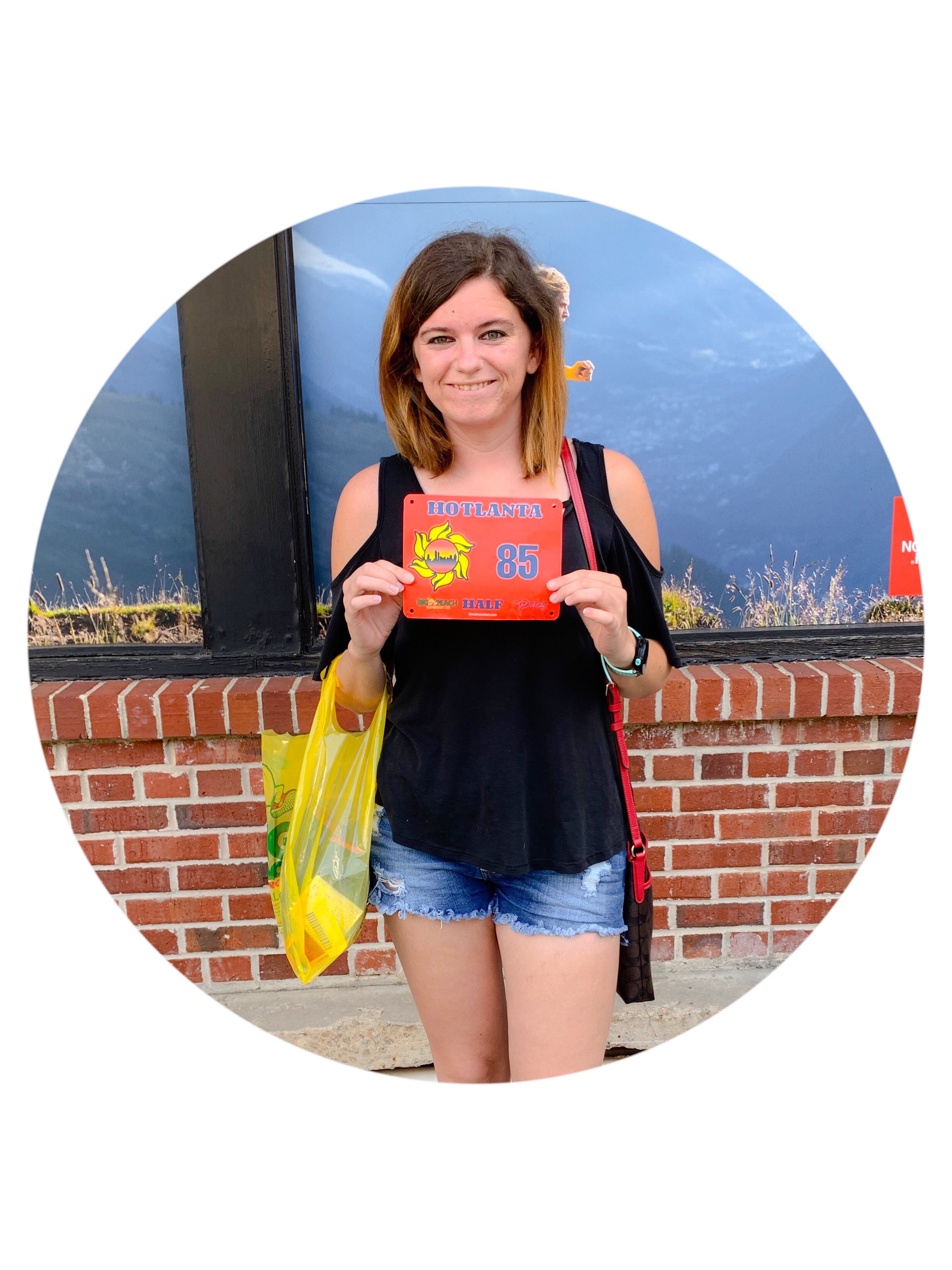 My name is Kayla and I am from Georgia. I am a runner, fitness blogger, yoga instructor and a foodie lover. In the last 5 months I have lost 40 pounds and have discovered a new love of running. I have knocked over 11 minutes off of my 5K time and I am currently trying to reach a sub 26 minute. Follow my blog for my journey,  training tips, recipes, travel tips and learn more about me and my races.

Yesterday I made a hope race list for Fall! I decided that I would call it the hope list just in case there’s a chance they get cancelled. Some are big and some are small little town races. I imagine the small town races will go on without many restrictions due to the typical size of them. I’m at the point, where I’m itching to race so any size or distance will work for me. It was a humid Tuesday morning but overall I felt good. I have a few things I have to deal with this week that I don’t want to deal with but it’s just all in a weeks work! Have a great week!
7 miles this morning to begin Memorial Day! My watch decided to do an update so I have no idea the time it took me but it’s exactly a mile loop so that’s easy to count. Felt good despite the humidity! Really excited for the summer and looking forward to hopefully good things happening! Hope everyone has a good/relaxing day🤞🏼🙏🏼 #keepshowingup
Can you spot the sheltie in the air conditioned house watching me sweat it outdoors? He’s a smart one, knows when it’s hot and isn’t moving from his spot inside next to the air vent. Did my usual Plank/TRX first thing this morning and then a 30 minute bike ride where I focused on speed! Then outback for weights after lunch!
Only could hang on for 6 this morning. Overall felt good but it takes me a while to get adjusted to the heat. I didn’t feel too bad not getting in the last mile because we were running faster then usual. I think I have some sinus stuff going on as well which makes it even harder to breathe. I have sinus pressure every year about this time but really bad timing with what’s going on in the world, I’m instantly like oh no did I catch something?! It will make you panic for a second 😂 once I realized I was fine, I’m like WAHOO let’s go run!! Hope everyone has good runs this weekend! Happy Saturday!
I couldn’t sleep this morning, so I got up earlier then usual and did what I do best, workout. I took advantage of feeling good this morning and went with longer holds on my planks/TRX and then a 45 minute 80s bike ride! Love some 80s music so I was singing right along. I think I’m getting really anxious to get back to normal even more so now. At work yesterday, I couldn’t sit still it was like I was so glad to be out that it was giving me energy and when I get that burst in me, I can’t sit still. My friends at work think it’s funny. So I hope all the feel goods last through the weekend so I have a good run on Saturday. I always make Saturdays my “longer runs” until we race again. Happy Thursday. Hope everyone is staying well!
I didn’t get to run this morning because of thunderstorms in the area so I hit the bike instead. Had to be at work first thing this morning so I had to get some type of workout in before going. 💪